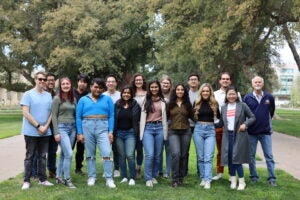 The Beal lab is committed to promote and support diversity and its inclusion in every aspect of the lab’s culture.

Studies have consistently shown that diversity and inclusion are conducive to innovation and success. Research in the Beal lab has only been possible with a diverse set of members, current and past, who have various backgrounds, identities, national origins, and experiences. Through mutual respect and understanding, our goal is to continue fostering an environment where all members of the lab are unhampered in their development and in the pursuit of their goals. Diversity, and the celebration of individual and unique identities are not only a part of our lab culture, but also fundamental aspects for our innovation, achievements and spirit. 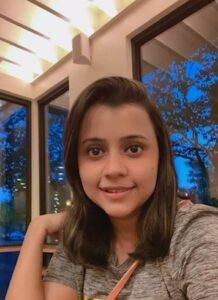 Sukanya is from Kolkata, India. She received her PhD degree in Biological Sciences at CSIR-Indian Institute of Chemical Biology, Kolkata, India. In her PhD she mainly studied the ligand-based structure and dynamic properties of G-Protein Coupled receptors (GPCRs). In the Beal lab she will be focusing on the structural studies of ADAR1. Apart from the lab she is a trained Indian classical dancer (Bharatnatyam) and also loves to spend her time by cooking, traveling, watching Netflix and spending quality time with friends. Alex was born and raised in Long Beach, California. He received his bachelor’s degree in Biology and Chemistry at UC Irvine. At UCI he studied amyloid diseases by probing the structure and function of peptides derived from amyloidogenic proteins. In the Beal lab, Alex seeks to elucidate the structure of ADAR2 and how each of its domains contribute to its unique substrate selectivity and specificity. Outside the lab, Alex enjoys spending time with his family, scenic drives, exploring nearby cities, and eating lots of yummy food. Followed series: Bob’s Burgers, We Bare Bears, Wait Wait… Don’t tell me! MFM. Kevin (He/Him/His) is from the San Francisco Bay Area. He received his B.S. in Biochemistry/Chemistry at UC San Diego in 2014. At UCSD, he worked in Prof. Michael Burkart’s lab, where he characterized proteins involved in natural product biosynthesis. Kevin then moved on to work as a research associate in the Genomic Medicine department at the J. Craig Venter Institute for a couple of years before attending graduate school. In the Beal lab, Kevin is currently studying the effects of chemically modified antisense oligonucleotides targeting microRNAs (anti-miRs) that bind to Argonaute2 proteins loaded with microRNAs. He is also involved in studying the effects of oligonucleotides that can act as an inhibitor towards ADAR1.

As a first-generation, underrepresented minority scientist in the LGBTQ+ community, Kevin strongly believes that science is at its best when people from all types of backgrounds are involved. When not working in the lab, Kevin enjoys drawing/painting, cooking, hiking, travelling (Portugal is his favorite country to travel to), and spending time with his family. His all-time favorite show is Avatar: The Last Airbender, with The Legend of Korra being a close second. 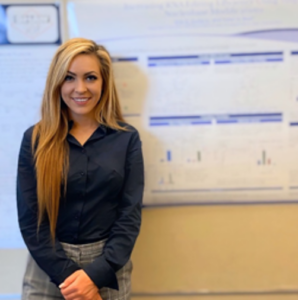 Erin (she/her/hers) is originally from Seattle, Washington. She got her B.S. in Biochemistry from Cal Poly San Luis Obispo, where she worked with on the synthesis of molecules with alkoxyamine handles for click chemistry incorporation to pharmaceutical analogs via an oxime ether linkage, as well as a methodology project developing a novel intramolecular rearrangement of oxime ethers. In the Beal lab, Erin is designing and synthesizing RNAs with modifications that increase the A-to-I editing efficiency of ADAR2.

On campus she participates in outreach programs aimed at increasing the number of women and underrepresented minorities in STEM fields. She acts as the activity coordinator for STEM Squad (An after-school program for middle school students), and is on the STEM for Girls organizing team. She is a two-time DeVere’s irish pub “The Office” trivia winner, and has run three half marathons. She enjoys fishing, softball, and attending music festivals. 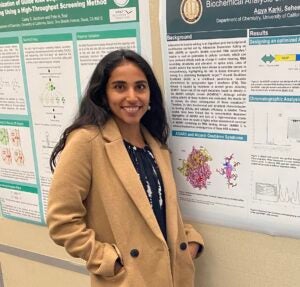 Agya(she/her/hers) is originally from Kathmandu, Nepal. She received her Bachelors in Biochemistry from Sonoma State University. After which, she worked as a research associate developing enzyme purification methods at BioMarin. Currently, in the Beal lab, Agya is studying ADAR1 structure and function as well as its role in immune disorder Aicardi Goutières Syndrome. She believes ADAR1 has immense therapeutic potential in treating immune disorders and cancer. As a first generation student, she is passionate about outreach, diversity, equity and inclusion. When not in the lab, Agya enjoys hiking, weightlifting, travelling, salsa dancing, being an amateur chef and spending time with family and friends. Her bucket list after graduation is to climb up to the base camp of Mount Everest and enroll in a salsa dance competition. 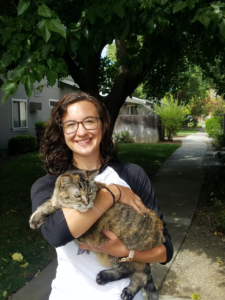 Hannah (she/her/hers) is from Holland, MI and received her bachelors from Central Michigan University. While at Central, Hannah researched dendrimer synthesis and applications. In the Beal lab, Hannah is developing and applying a cellular assay to test site directed RNA editing of a therapeutic target (Rett Syndrome).  She started the Society for Women in STEM at her undergraduate and continues to foster her passion for science outreach at Davis. Hannah’s hobbies include hiking, playing dungeons and dragons, taking her fat cat on “walks” that mostly involve sitting in the sun, and reading. Her favorite books include The Sparrow by Mary Doria Russell and The First Law trilogy by Joe Abercrombie. 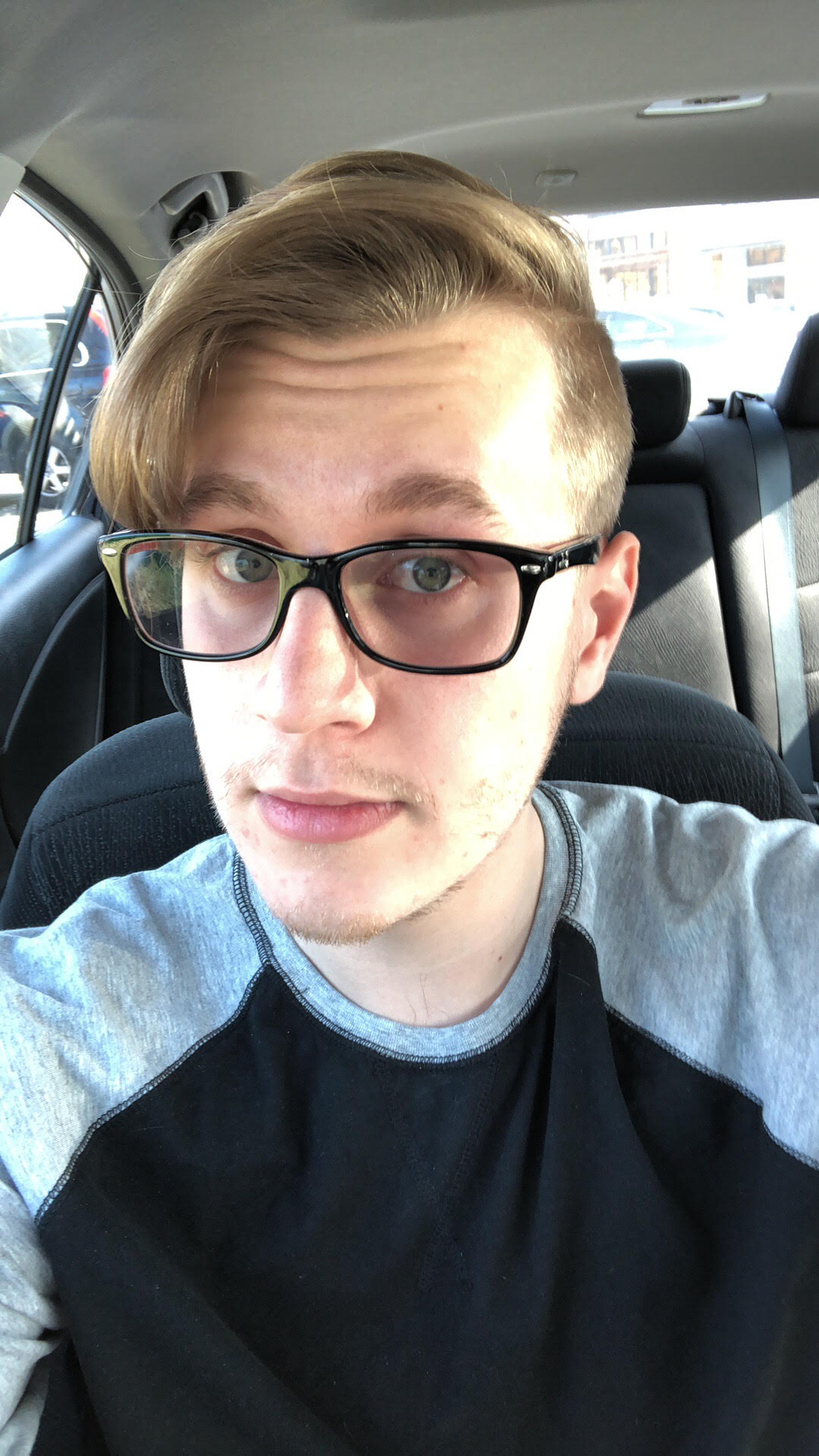 Casey is from Camarillo, California. He obtained a Bachelor of Science in Chemistry and Biology at CSU Channel Islands. The university is not on an island but was an old state mental hospital and considered one of the most haunted colleges in the U.S.A. In the Beal lab, Casey is studying ADAR2’s interaction with double-stranded RNA. His projects include understanding what RNA secondary structures can mimic abasic sites for Bulky Mutant ADARs and enable editing at difficult to edit sites. Casey’s ways to destress include cooking, video games, and photography. He’s looking for more fun places to travel in northern California to take photos. Currently, the best way to contact him is through his UC Davis email. 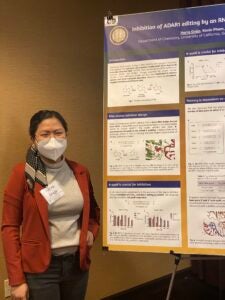 Herra hails from the beautiful Philippine archipelago. Before joining the lab, Herra worked as an assistant professor at the University of the Philippines Los Baños; teaching general biochemistry, organic and general chemistry lecture and laboratory. She did her M.S. research at the International Rice Research Institute (IRRI), where she performed purification and functional characterization studies on a multifunctional germin-like protein involved in rice development and stress response. In the Beal lab, Herra is studying ADAR dimerization and is currently developing inhibitors of this dimerization as potential treatment for ADAR-related diseases like cancer.

Herra is crazy about cats and is a huge fan of shōjo animés and Korean dramas. She loves to travel, to eat (Korean food being her favorite!), and to cook; and actually aspires to have her own restaurant someday! 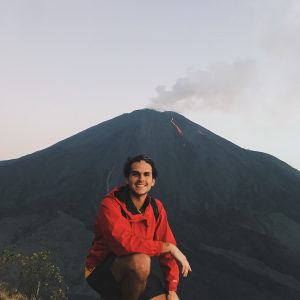 Victorio (He/Him/His They/Them) was born and raised in the small town of Trujillo Alto, Puerto Rico. Before joining the lab, Victorio worked synthesizing acetylenic and halogenated fatty acids to elucidate their activity against leishmaniasis and nosocomial infections.

In the Beal lab, Victorio works creating novel ways to improve site directed editing of ADAR with the use of synthetically modified RNA guide strands. He believes that the use of synthetic guide RNAs will provide a pathway to improve ADAR’s as therapeutics for transcriptome editing. As a Queer-Latinox scientist, Victorio stands as an advocate for diversity, equity and inclusion. He strongly believes that a diverse workforce promotes success and a collaborative environment, something crucial in science.

As an undergraduate at Cal Poly, Bailey worked with Dr. Daniel Bercovici on the optimization of the hydroboration-oxidation of ynamides (alkynes connected to amides). After optimizing the procedure for the reaction on the model molecule, Bailey moved onto increasing the substrate scope and performing the optimized procedure on those substrates.
In the Beal lab, Bailey will be working on the synthesis of modified nucleotides that will be incorporated into guide strands for ADAR2 to identify high affinity binders. 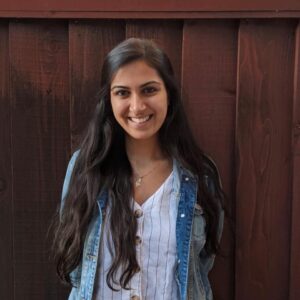 Aashrita (she/her/hers) is from the Bay Area in California. She graduated with her B.S. in Biochemistry from Cal Poly, San Luis Obispo in 2019, where she worked on the synthesis of 2-aminooxazole probes targeting kinase STK-16. She then spent a year as a research associate at Hexagon Bio. Outside of the lab, Aashrita enjoys singing, hiking, and cooking with friends and family. 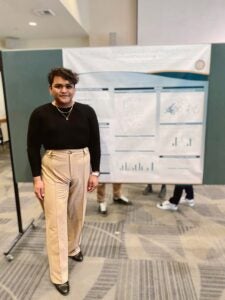 Prince (he/him/his) is from Southern California. He graduated with his B.S. in Biochemistry from CSU Channel Islands, where he worked on in silico molecular docking studies of novel sulfonamide-nucleoside hybrid analogues as potential anti-cancer drugs. In the Beal lab, Prince is developing a forward chemical genetics screen coupled with next generation sequencing to identify guide strands that enable editing at difficult-to-edit sites. Outside of the lab, Prince likes to indulge in skin care, grow his scented candle collection, and go out for coffee and desserts.
Twitter: @pj_salvador1
LinkedIn: @princesalvador 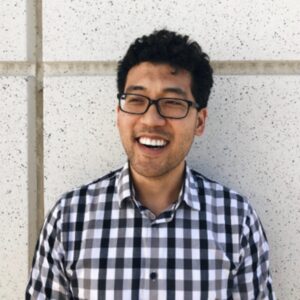 Randall was born and raised in the SF bay area and received B.S. in Biology and Chemistry at University of the Pacific, Stockton. There, he dabbled in site-directed mutagenesis to probe the foundations of the thermal stability of Taq Polymerase. After graduating, he spent an undisclosed amount of time as an industry scientist, where he was introduced to oligonucleotide chemistry. Randall now aims to apply his experience to study ADAR guide strand design.

When not in lab, Randall is passionate about naps and daydreaming and spends most of his waking hours eating and petting dogs.

Natalie (she/her/hers) was born and raised in the Pacific Northwest. During undergraduate she worked on synthesizing more potent small molecule inhibitors of the actin related protein (ARP2/3) complex to halt important functions of the cytoskeleton by inhibiting the branching of actin polymers. An additional project she worked on looked at modulating the copper concentrations for growing S. cerevisea to understand the basic science of mitochondrial metabolic processes such as the electron transport chain and oxidative phosphorylation.
Outside of the lab she enjoys communicating female health research and engaging in science outreach. She also enjoys playing the cello, yoga, and baking bread. 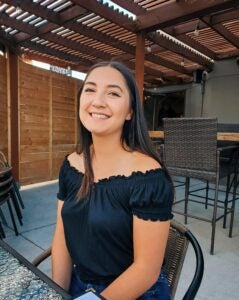 Kristen (she/her/hers) grew up in 7 different states (!!) but is most recently from Washington state. She received her bachelor’s from BYU in Biochemistry. In between her bachelor’s degree and graduate school, she performed research at Pacific Northwest National Laboratory (PNNL) working on synthesis of polymers as fuel additives, characterization of gas/diesel/jet fuels via NMR spectroscopy, and bioengineered yeast to produce biofuel precursors.

In her free time she loves to bike, homebrew, play video games, and mess around with her pets. If anyone wants a plant buddy, she’s always willing to give some cuttings of plants that she tries to propagate.

Theme by Anders Noren — Up ↑